April 2017 marked the release of their first project, Posh, a seven-track album which features ’Sims 2,’ a quarantine anthem released three years ahead of its time. “I’m in my bedroom, playing Sims 2, what about you?”

In 2018, Coco & Clair Clair began to build more buzz and play shows across state lines--blessing their fans with a few more iconic singles along the way: ‘Pretty’, ‘Naomi & Kate,’ & ‘Bugs’.

In April, 2020, Coco & Clair Clair followed up ‘Racecar’ with a new EP, Treat Like Gold, which features Kreayshawn and a remix of ‘Pretty’. On ‘TLG’, their title track with Kreayshawn, The Fader wrote, “It’s a stilted, strange song, but, like most of Coco & Clair Clair’s music, that’s what makes it fun.”

Coco & Clair Clair are your new favorite pop girlies, and we have no choice but to stan. 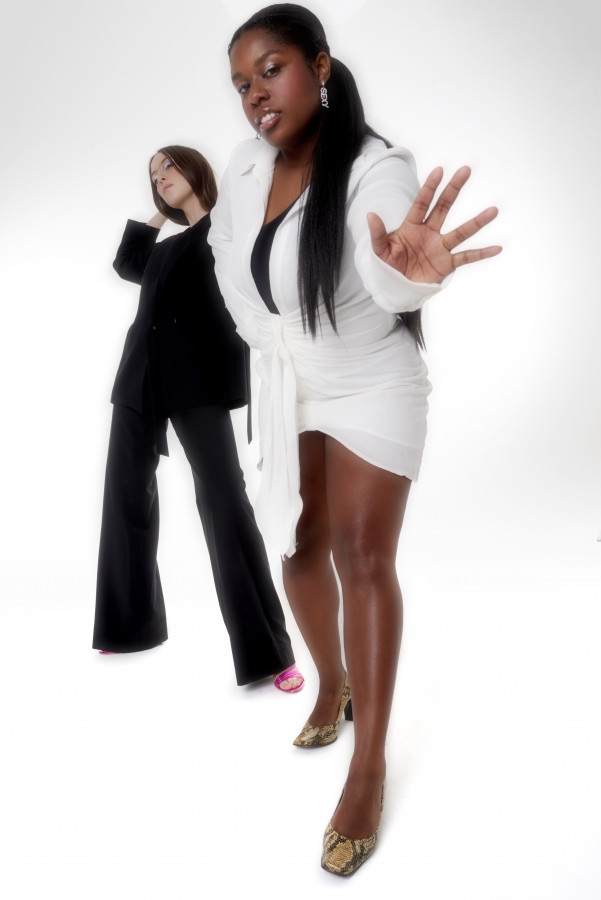