Foxing has garnered a reputation as a band that goes big with their albums. With each release, the St. Louis-based group has appeared downright determined to top the expansiveness of their previous works. But with three sprawling and well-received records now under their belt, the band has seemingly left themselves little ground to uncover. So, on their new album, Draw Down the Moon, they set their sights on the largest subject possible: The universe. “It’s about the idea of your cosmic significance,” explains frontman Conor Murphy. “The way you feel like a tiny speck in the grand scheme of the universe, that’s a feeling everybody has. You can get lost thinking about how small you are. But [Draw Down the Moon] subverts that a bit to explore how your connection to people and places and ideas is what binds you to the universe and reality.”

To tackle this literally limitless topic on Draw Down the Moon, a joint release between Hopeless Records and the band’s own Grand Paradise, Murphy took a song-by-song approach. With each of the album’s ten lush tracks, he expanded upon a different worldly theme, as viewed through the greater lens of the cosmic fabric to which we’re all bound. Age, financial ruin, sexuality, commitment, success, homes, luck, vulnerability, trust, and death are all mined for insights that together paint a galactic picture. “With each of them, the intention is to recognize that you are one small speck of the universe, but also that you’re surrounded by these other small specks, and your connectivity to them is what gives you purpose and meaning.”

On “737,” the album’s ethereal opener, Murphy delves deep into the universal experience of aging, or “your number on the linear timeline of your finite life,” as he puts it. It’s a fitting topic for a band that fans have watched grow and evolve drastically over the last decade. While Foxing often got labeled as a post-everything band with their 2013 debut, The Albatross, they’ve since matured into an eclectic identity that critics had a hard time pinning down on their most recent work, 2018’s widely acclaimed Nearer My God. “Generally, I think everyone grows with us,” Murphy says. “We have such a dedicated fanbase that they’re aging with us and following us as our taste changes. I was 18 when we were writing The Albatross, straight out of high school. My priorities were very different than they are ten years later, as I’m 27 going on 28. Out of high school, you feel it’s important to write about relationships and unrequited love and studying abroad. Then, as you grow, your perspective changes. Now, I’m at the point where I’m consistently having existential crises. But I think people have scaled with us.”
“It feels like a natural evolution of what we initially set out to do,” adds guitarist Eric Hudson. “We always tried to be very ambitious, musically, but the music is always the backdrop for what’s being said lyrically.”

After the crescendoing “737,” Murphy explores themes of debt on the danceable “Go Down Together” and success on the entrancing “Where the Lightning Strikes Twice.” On the album’s titular track, he waxes about the significance of romantic commitment, even in the face of the vast universe, with lines like “I will always be your home / I wanna show you I can keep it all together.” Draw Down the Moon ultimately culminates with an assist from avant-garde artist WHY? on the cathartic closer, “Speak with the Dead,” on which the band tackles the big one: death.
To help them pin down this overly ambitious project, Foxing brought in some additional help. After working for more than a year on their tracks at their studio in St. Louis, with Hudson at the helm as producer, the band took them to Georgia, where they holed up for a couple weeks with members of Manchester Orchestra. Combining the efforts of two bands who are each known for composing overly grandiose works might have been a recipe for disaster, but the collaborative process widened the scope of an already bold project. “It sounds chaotic but it was actually really good,” Murphy says. “They completely changed some of the songs and it was not what we were planning to do. It reworked a lot of the structures, and monumentally changed my feelings on those songs.”

Draw Down the Moon wields an other worldly power that at times feels spiritual, and its creation took as much inspiration from religion as it did from magic and role-playing games like Dungeons & Dragons. The album title itself is derived from Margot Adler’s ritual book, Drawing Down the Moon. “I’ve been in a place in my life for a long time of deep resentment for religion, specifically Catholicism,” Murphy says, “but I felt like on this one we explored that idea of magic and ritual on a deeper level than just fiction. I value that so much now.”
While Draw Down the Moon’s celestial nature often leads it to sound like a record as large as the galaxy itself, it is, at its heart, about all of us on the ground level—the tiny specks floating around together. “There are no life lessons in the record,” says Murphy. “It’s just saying: It’s OK to feel like this. We are all insignificant, but everyone around us is so insignificant, and together, we actually make up all of reality in the universe.” 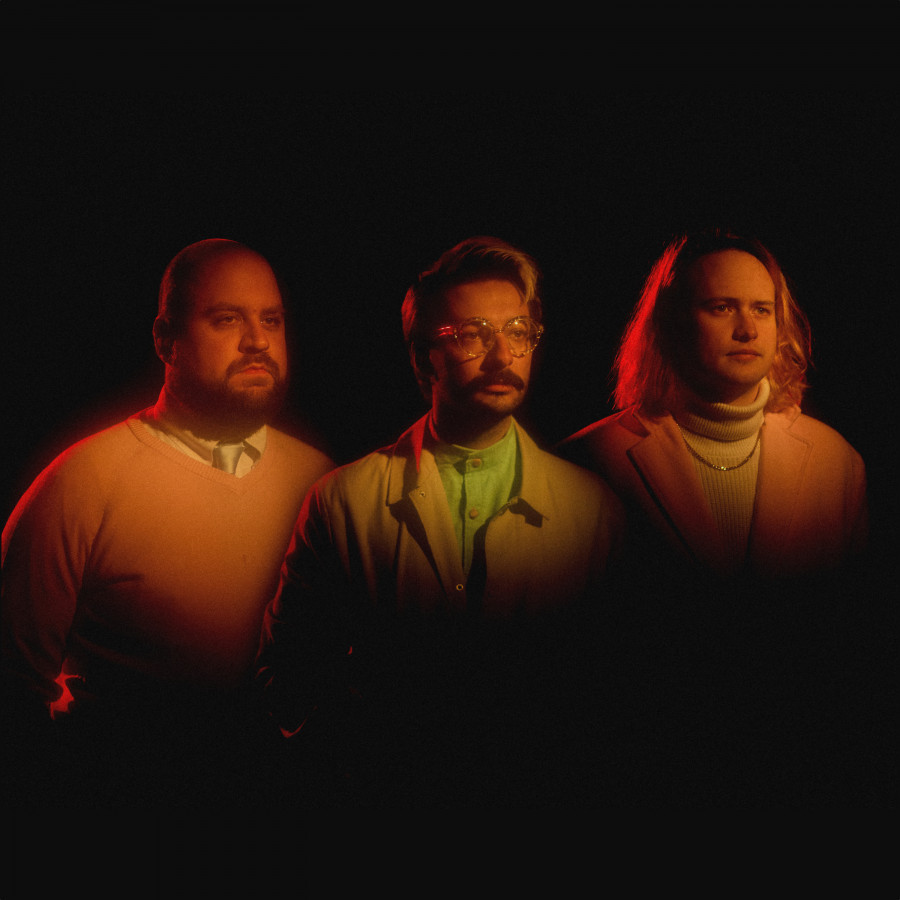