Some quick true/false facts about the band Horse Feathers and their new album, So It Is With Us:

1. The record was partially recorded in a barn in a beautiful pastoral setting in rural Oregon

(true, but hasn’t everybody done this now?)

2. The band lives in Portland, OR

(also true, and they are consciously and unconsciously living breathing stereotypes just like the ones portrayed in Portlandia)

3. Horse Feathers last album charted on Billboard by selling fewer records than they had in the past

(true, but maybe more a comment on the music industry as a whole?)

4. For this album, the band was influenced by the following: Pentangle, Talk Talk, Paul Simon, The Band, Van Morrison, John Wesley Harding era Bob Dylan, Desire era Bob Dylan, and Abner Jay (not what you would have guessed, right?)

Justin Ringle, the man behind all ten years of Horse Feathers, has the following to say about the making of this album, and the current state of his band:

“I wanted to stop. I did all the touring for my fourth record – "Cynic's New Year" – and ended the year 2012 disillusioned and defeated. I didn't touch my guitar for months, which was the longest I had gone in about 15 years. I thought that my career in music was over and wondered if I even wanted to do it anymore. After an arduous period of self-doubt and discovery, I finally arrived at the enlightened idea that maybe it should just be a little more fun. I had grown weary of talking to people after shows who said that my last record “helped them through their divorce”. I have always been flattered by that sort of thing, but I realized what I wanted to hear was how my last record helped them “have a great weekend”. If you have heard any of my previous records you will realize that this transformation from “divorce” band to “weekend” band would be a tall order. And it was! I wouldn’t say we’ve become a “party band” overnight, but I certainly tried to change things a bit.

I enlisted friends to play with me that I trusted and had known for years. Along with longtime bandmates Nathan Crockett (strings/mandolin) and Dustin Dybvig (percusion/drums/keys), I threw Justin Power (bass/vocals) into the mix to have an honest to god rhythm section for the first time. With Lauren Vidal on cello and Brad Parsons singing harmonies, we played an impromptu show at Sasquatch and people liked it. We liked it, and the unusual feeling that I had after that show – which I think is referred to as “joy” – became something I wanted to experience again. I shared more. I stopped editing myself as much. The joy of playing live became its own reward, and I dared myself to allow that joy to shape the songwriting. In the end, I was able to let it go, and I don't own it anymore. Which also feels like joy. That's the way it was, and so it is with us.” 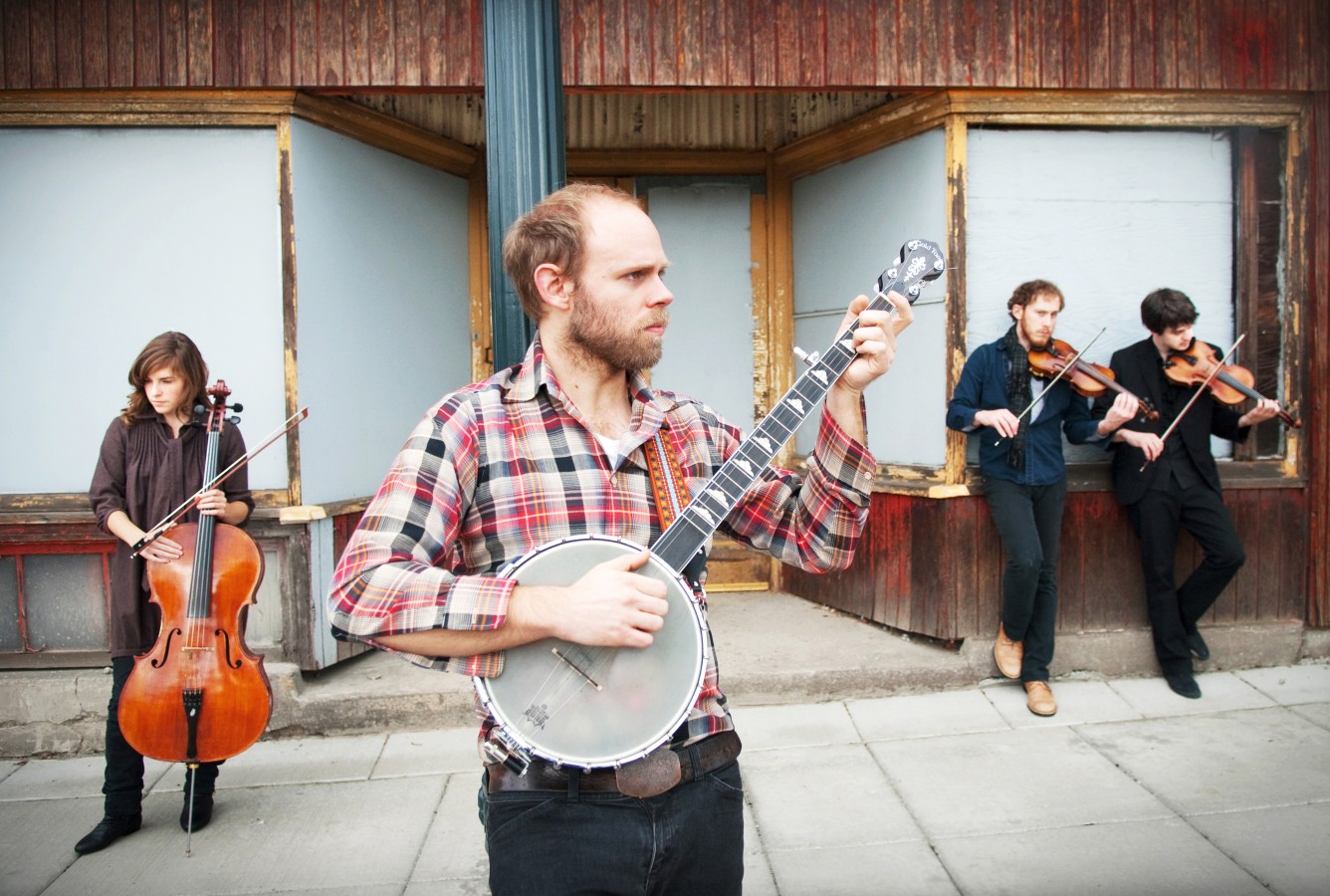