In 2017, Hot Water Music vocalist/guitarist Chris Wollard stepped away from playing live with the band in order to focus on his mental health. While the other members – Chuck Ragan (vocals/guitar), Jason Black (bass) and George Rebelo (drums) – understood and supported his decision, it did nevertheless bring the future of the band into question. After a chance encounter between Rebelo and The Flatliners’ Chris Cresswell, Cresswell ended up stepping into Wollard’s shoes for a performance at The Fest that year, which would eventually lead to him becoming a permanent member (with Wollard continuing to record with the band).

Recorded at Black Bear Studios in Gainesville, FL, Feel The Void marks the return of producer Brian McTernan, who worked with the band on 2001’s A Flight And A Crash, 2002’s Caution and 2004’s The New What Next, often thought of as Hot Water Music’s classic period. From the moment the dark, portentous intensity of “Another Breath” kicks the record off, it’s clear that this is a band at the peak of their powers. McTernan’s involvement was incredibly instrumental in channeling that spirit and energy – the intense urgency of “Killing Time, “Newtown Scraper” and “Scratch On,” the nervous but positive emotional energy of “Hearts Stay Full” and the title track, the soaring chorus of “The Weeds,” the surging, powerful roar of closer “Lock Up.”

Feel The Void also finds Wollard and Ragan singing dual vocals again – and to devastating effect – something that should definitely please longtime fans of the band. Yet these aren’t songs that just recall the glories of the past with a fervent zeal. They also add a brand new dynamic to the band – just listen to the shimmering, spiky vitality of “Collect Your Things And Run” or the bristling, angular effervescence of “Turn The Dial,” which sees Cresswell on lead vocal duties. Encapsulating the essence of Feel The Void, however, is the touching “Habitual,” a song written about those who have suffered from and/or succumbed to cancer, and a track that is quite possibly the most personal song Ragan has ever penned. “The song is very much about just the fight,” he says, “using that will to carry on, and

using whatever it is that!s inside us that obviously has the power to heal.”

Ultimately, it’s this spirit of perseverance, defiance and hope that defines this record, and which also demonstrates how steadfast Hot Water Music has remained in its beliefs and ideas. The world might have changed drastically in the past 25 or so years, but the reason why the band makes music has remained exactly the same as it ever was. What’s more, that music is just as powerful, vital and full of meaning as it ever was, and just as effective at counteracting the emptiness, pain and suffering that, sadly, is an inherent part of life.

“This is so much more than just a band,” says Ragan. “A lot of people understood a long time ago that we, the band, used Hot Water Music as a vehicle for our own therapy, to help get over these barriers and be able to continue when we’re feeling at our lowest, or feeling like the rest of the world is against us. Years ago, that was the choice that we made as a band – that it’s not about being popular or making money or seeing your name on a marquee. This is a way for us to release all this angst and inspiration and positivity, and share music that drives us to become better people, better friends and better communities. It literally started with four of us, and over the years it became so much more than just a band – and I’m just so incredibly honored to be a piece of this puzzle.”

The Draft, The Bouncing Souls 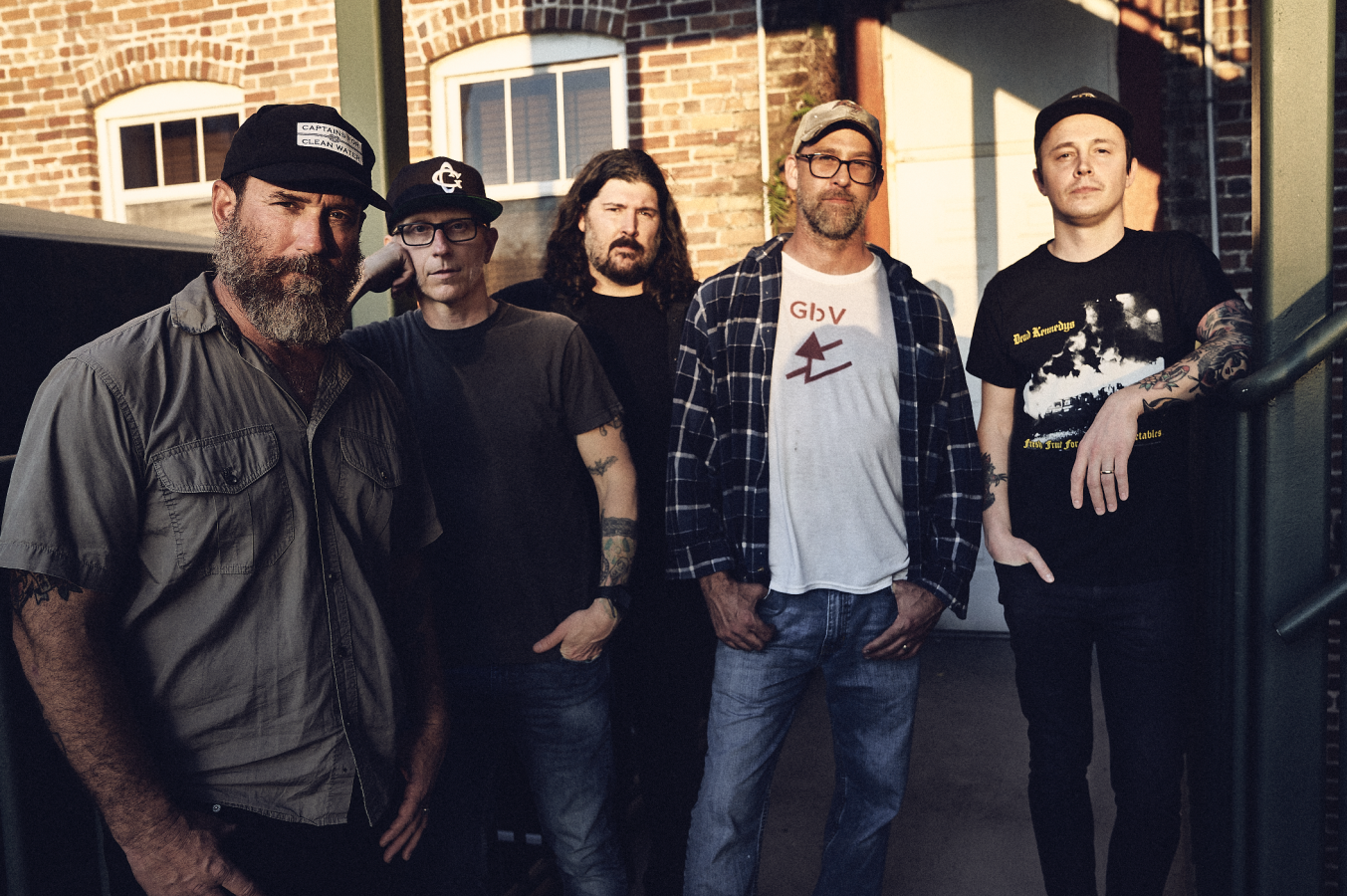