Lisa Prank is the project of Seattle-based songwriter Robin Edwards. Following years of touring in DIY punk bands around her hometown of Denver, Colorado, Edwards started performing solo pop punk songs as Lisa Prank with a Roland MC-505 drum machine and an electric guitar. After self-recording her first EP, Crush on the World, Edwards moved to Seattle, where she toured the country many times over with bands like Sad13, Chastity Belt, AJJ, and Remember Sports. Her first full-length, Adult Teen, was released in 2016 on Father/Daughter Records. The Fader called it “a power pop smasher with just the right amount of na na nas to fuel your most cathartic bedroom dance party.”

On her second record Perfect Love Song (2019), Edwards enlisted a full backing band and indie superstar Rose Melberg (The Softies, Tiger Trap, Go Sailor) to produce and sing harmonies. Said Rolling Stone’s Rob Sheffield: “Lisa Prank advanced the Sad Girl Agenda this year with her accurately titled Perfect Love Song, produced by the legend Rose Melberg, who invented Sad Girl back in the day with the Softies. Just like on her excellent 2016 Adult Teen, Prank sounds sick in love and sick of love.”

Edwards also writes and records music with the band Who is She?, featuring Bree McKenna of Tacocat and Julia Shapiro of Chastity Belt. Their album Seattle Gossip came out Father/Daughter Records in 2017.

“She sings of love, loss, and heartbreak with a pure, charming abandon that swallows the entire room. She’s giving it her all, and she is impossible to ignore.” - MTV

"Seattle singer Robin Edwards makes bubblegum pop-punk for lovesick, rainbow-colored unicorns. Built around an electric guitar and a drum machine, her songs are simple and catchy like the Ramones', but are recast for the intimate and imaginative space where these songs begin and expand." - NPR 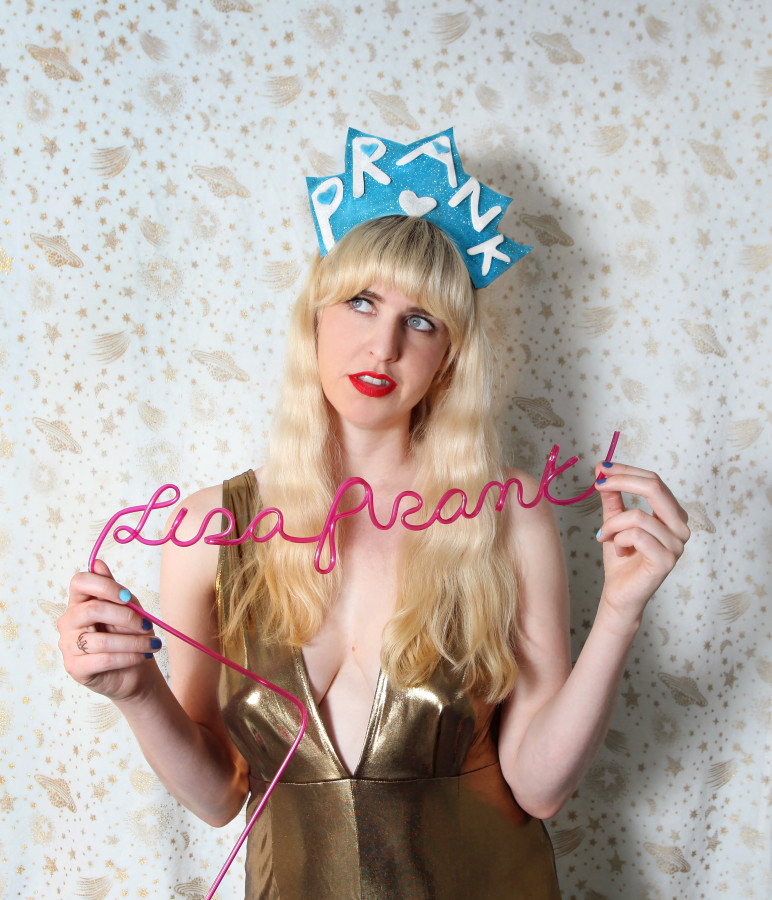