From their earliest days as the solo project of frontman Rick Maguire, Pile have followed an unusual path through a decade in which rock bands have generally receded from the cultural spotlight. Starting out in 2007, in the then thriving Boston DIY scene, the band rapidly became heroes and standard-bearers for their hometown’s music community, garnering a cultish-adoration that has only intensified as that cult has grown, expanding by word of mouth along the Eastern seaboard and across the country over 10 years that have seen 6 full length albums and 100s of shows in basements, bars, punk houses and clubs.

With their last full length, 2017’s A Hairshirt of Purpose, Pile found their widest audience to date. Hailed as a release that communicated the inimitable quality of the live shows that have made the band near-legendary in certain circles, the album received praise from all quarters, earning them a critical-acclaim commensurate with the praise, heaped on them by their contemporaries, that had long granted them “your favorite band’s favorite band” status.

On their 7th LP, Green and Gray, Maguire and co. have travelled further down the path they set on A Hairshirt of Purpose to create their most considered and ambitious album to date. An album that has the potential to be the definitive expression of the qualities that have inspired the passionate support of Pile’s ever-expanding fanbase.

Pile’s songs often function as direct and relatable expressions of Maguire’s interior life - at turns anxious and chaotic, but imbued with a self-effacing humor and moments of bracing clarity. On Green and Gray the songwriting is no less densely packed with ideas, both musical and lyrical, and Pile don’t pull back from either of the extremes that have defined their sound, but spend more time between the two poles. The effect is to give the album the feel of a contiguous whole, which combined with it’s almost orchestral sonic palette, serves to heighten its emotional resonance.

From the album’s opening lyric (“no longer burdened by youth“), the album is preoccupied with mortality, and the anxieties, loss and self-discovery inherent to the passage of time. Perhaps as a result, Green And Gray feels like a reflection on Pile’s career, collecting the ideas that have made up the last 10 plus years of Maguire’s output and synthesizing them into a new whole constructed with the benefit of his growing understanding of who he is and what he is capable of. 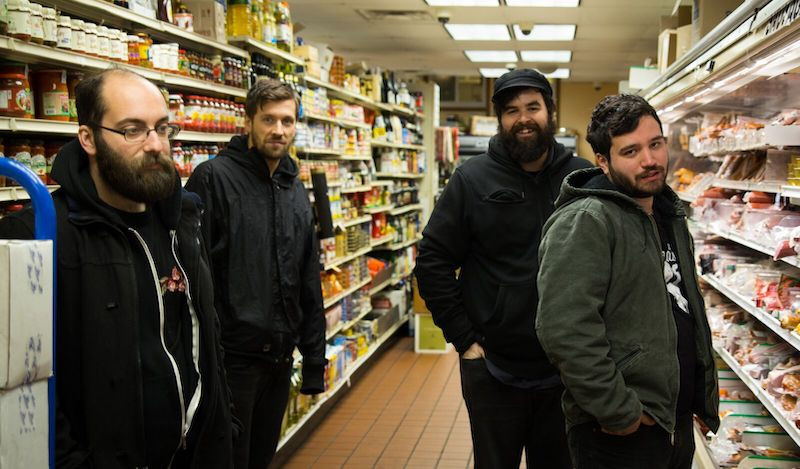