Inspired by the purchase of a Lebanese synthesizer playing microtonal scales and lo-fi Eastern drum patterns, Rainbow Arabia began a escapist diversion from Danny and Tiffany Preston's day jobs. The demos they recorded, which were written and put to tape in a matter of a days, became their debut, The Basta. Barely existing for only a few months, the married couple were picked out of the ether by NYC sonic alchemists/kindred spirits Gang Gang Dance to support them on a cross-continental tour in 2008. Once they got back (and to their surprise) they quickly found themselves a legitimate act with acclaim from PITCHFORK, THE FADER, XLR8R, NME, in addition to a word-of-mouth groundswell for their fresh, contemporary East meets West take on the Sublime Frequencies catalog that inspired them so much in the first place.

Not interested in merely musical/cultural tourism, the Prestons shifted their focus outward in writing their first full-length album Boys And Diamonds. The inspiration that they found landed squarely in between future-thinking contemporary club music (techno, hip-hop, dubstep) and the organic globe-trekking dance music of the last century (reggae, ragas, gamelan) they've been known to draw from. Add in an affection for the 80s synth-pop they grew up on and the gothic influences informing Tiffany's teenage years specifically (Love and Rockets, OMD, Christian Death), and you have an interesting recipe that is utterly unclassifiable as it is repeatedly listenable.

Rainbow Arabia “Without You” in Girls (HBO)

Rainbow Arabia “He Is Sorcerer” in The Mindy Project (Fox)

Rainbow Arabia “Without You” in Eastbound & Down (HBO)

Rainbow Arabia “Without You” in Gossip Girl (CW) 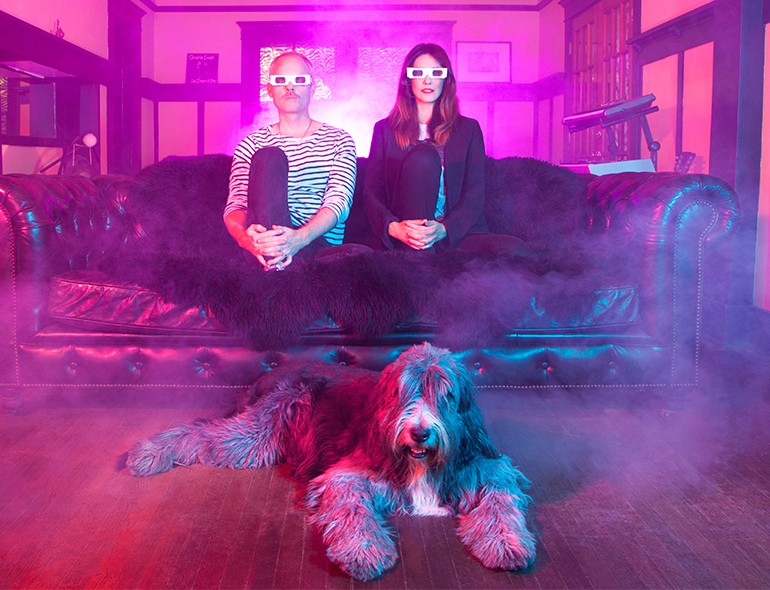