There's a difficult to describe, yet timeless quality to certain songs that transcends genre or era. It's something that you can't fake or contrive and it's what lies at the core of Skating Polly's music. The multi-instrumentalist duo of Kelli Mayo and Peyton Bighorse started their band in Oklahoma in 2009. They recorded their debut album Taking Over The World in 2010 and achieved instant acclaim from underground music icons like X's Exene Cervenka (who produced 2013's Lost Wonderfuls) and Beat Happening's Calvin Johnson (who produced 2014's Fuzz Steliacoom). After the release of 2016's The Big Fit, Veruca Salt's co-frontwomen Louise Post and Nina Gordon reached out and said they wanted to write with the band. What started as a writing session ultimately became 2017’s New Trick EP. Now armed with a third member—Kelli’s brother Kurtis Mayo—the trio are about to release their latest full length, The Make It All Show.

The album is the culmination of a very busy year in which the band played over 100 shows, performed at major festivals like Riot Fest & The Capitol Hill Block Party, toured Europe with Kate Nash and reunited with Cervenka for two separate legs of X’s 40th anniversary tour. Speaking of Cervenka, the musical legend also co-wrote the song “Queen For A Day” with the band, a song that sees the trio stretching out both musically and lyrically. “It was great having both Peyton and Kurtis to consult with this time around and writing with Exene was also amazing because she’s one of our biggest influences,” Kelli explains “We went into the studio right after a lot of touring, so we were pretty tight. We kind of internalized the last year, with the world going crazy and our personal lives taking their own weird turns and we let the songs be guided by that.” she continues. “This album sounds very Skating Polly, but our music’s evolved enough that you wouldn’t mistake any of these songs as being from a past record. The songs are definitely more complex.”

For The Make It All Show the group once again teamed up with producer Brad Wood (Liz Phair, Sunny Day Real Estate). “We have a really great rapport with Brad and this was definitely my favorite experience making a record so far,” says Bighorse. “Brad always knew how to capture the right tone because he understood the overall feeling we were going for.” Kelli agrees saying, “The record wouldn’t be what it is without Brad. He’d set something up and be like “this might work” and it would be perfect.”

Admittedly the female-driven alternative acts that inspired the band such as Veruca Salt, X, The Breeders, L7 and Babes In Toyland (the later of whom Skating Polly toured with in Europe) aren't typical reference points for most of today's up-and-coming bands, but maybe they should be. “The thing that we identify with in a lot of those bands is that they can be really aggressive and loud while also being super melodic,” Kelli explains, adding that the new dynamic in the band helped them be more expansive when it came to their sound and arrangements. “Everything happened very smoothly when Kurtis became part of the band. It just felt natural having him there and writing with him.” In typical Skating Polly fashion, the trio will still be switching instruments live, something that’s become a hallmark of their performances and one that opens up more possibilities with the additional instrumentation on The Make It All Show.

Speaking of live shows, Skating Polly really need to be seen in a club to fully grasp what makes them so special. “It can get pretty chaotic when we're playing. People have said it feels like it could fall apart at any moment but in a good way,” Bighorse says with a laugh. “We try to make our music honest and engaging and I think that's what drew us to people like Nina and Louise or Exene; you can probably guess a lot of the acts that we love, but we’re able to keep making music that always sounds like us,” Mayo explains. “We really try to make the songs the focus instead of trying to flaunt technical musical abilities,” adds Bighorse – and that honesty and optimism is why everyone from legendary musical figures as well as hardcore fans have gravitated toward Skating Polly's music. The Make It All Show is the most fully realized work by Skating Polly yet and hints at an even brighter future for one of rock’s most promising acts. 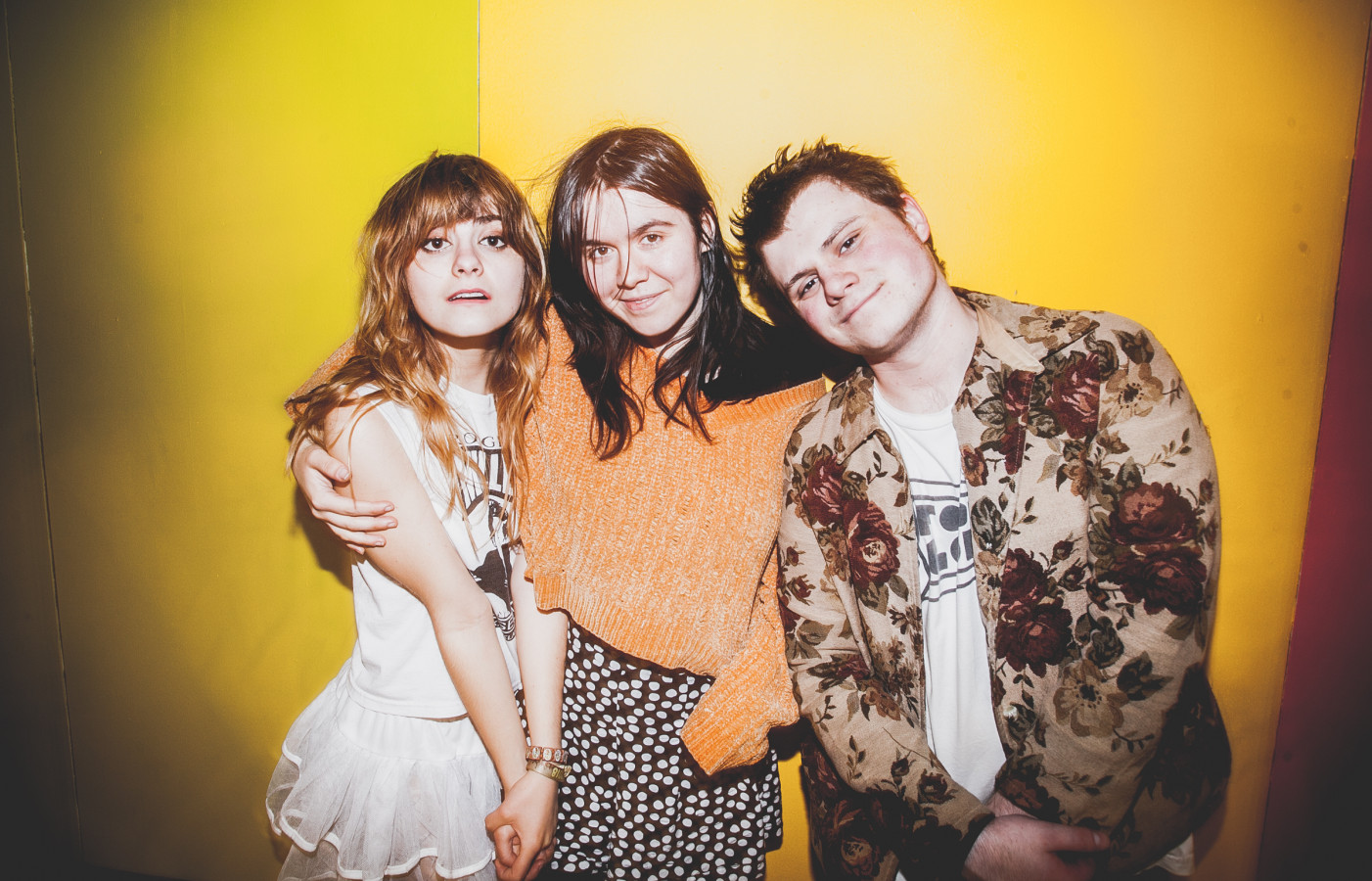