Kathleen Hanna stealthily assembled the members of The Julie Ruin without any of them realizing exactly what was happening. It all began in late 2009. Kathleen had not released an album since Le Tigre’s This Island (2004), and she was ready to jump back into music again. She knew her onetime Bikini Kill bandmate Kathi Wilcox was going to be moving to New York in the near future, so she didn’t even bother with finding a bass player at first. Carmine Covelli, who had toured with Le Tigre as their video guru, was having a blast at Kathleen’s birthday party when she abruptly asked him to be the drummer. A longtime admirer of Kathleen’s work, Carmine couldn’t say no to her at her own party, so of course he joined the band. Sara Landeau and Kathleen both taught at Girls Rock Camp and Kathleen lured her into the band by trading Pro Tools lessons for guitar lessons. Sara’s surf-informed style gelled perfectly with Kathleen’s sonic vision for her new band. Kathleen approached Kenny Mellman last with the idea that they should write country songs together to sell to other artists. Within a week of their first meeting, Kathleen’s mysterious “manager” (whom Kenny maintains does not exist) told her that they would never break into the Nashville songwriting scene, so Kenny might as well join her new band on keyboards. Done. 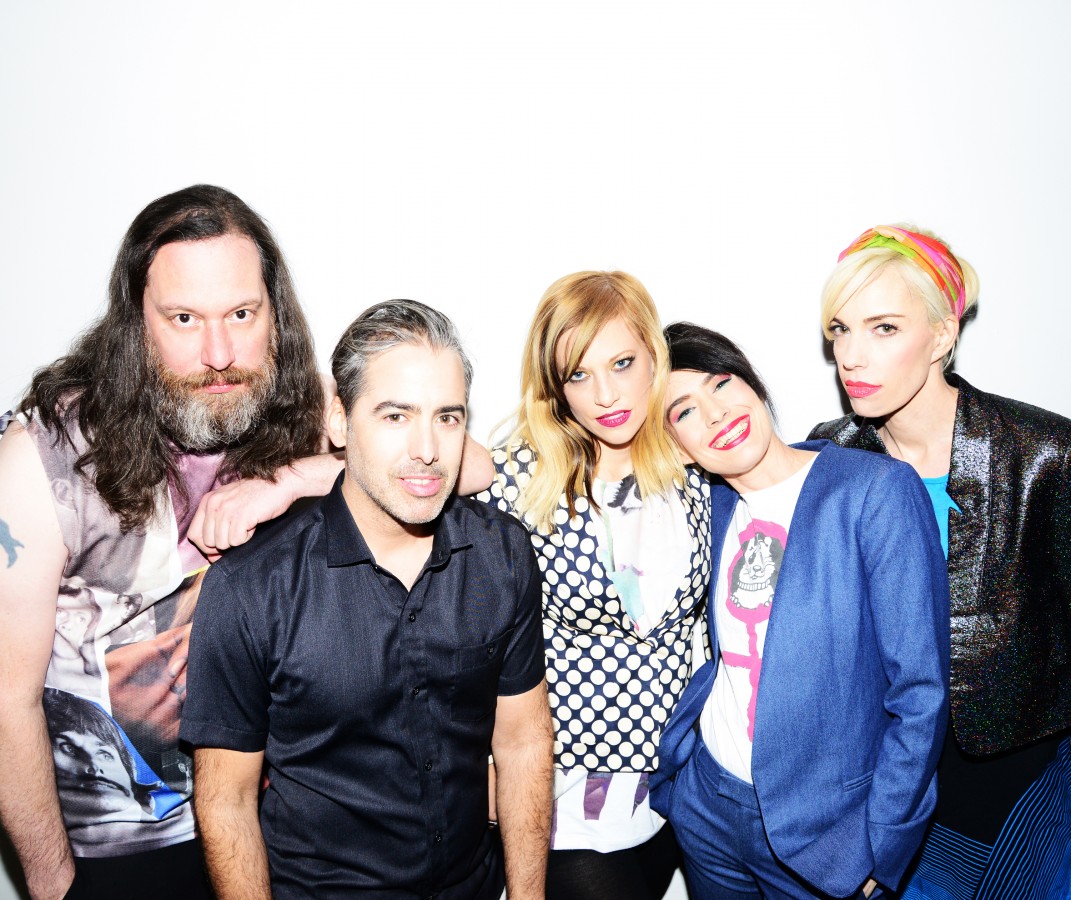