What hides in the fog that keeps people apart, and what does it take to cut through it? These questions hang heavily over Sarah Beth Tomberlin's music, whose hushed and intimate tones orbit answers as much as they savor the unanswerable. To be in relation to another human being is to engage with a deep mystery: We are all fundamentally alone, siloed into confusing bodies, and yet occasionally we find someone who lets us feel as if we weren't. Tomberlin, the Louisville native who recently relocated to Los Angeles, delights in articulating and amplifying that mystery, picking out its details and marveling at its scale. In singing her aloneness she soothes it, and extends a hand to others reckoning with their own solitude--a paradox that warms her spectral songs.

Tomberlin's new Projections EP continues the arc of her critically acclaimed 2018 debut At Weddings, weaving new collaborators and new techniques into her signature dusky milieu. Since the LP's release, Tomberlin has toured with Pedro the Lion, Andy Shauf, American Football, and Alex G, played a Tiny Desk concert for NPR, and given a riveting performance on Jimmy Kimmel Live! The five-song EP, capped with a cover of Casiotone for the Painfully Alone's stunning "Natural Light," reflects this period of intensive growth and self-discovery. "I wrote these songs while getting to know myself outside of people's perceived notions of who I was," says Tomberlin. "I just started being like, What am I interested in? What do I want out of relationships and friendships? What am I looking for that I don't have in myself already?" 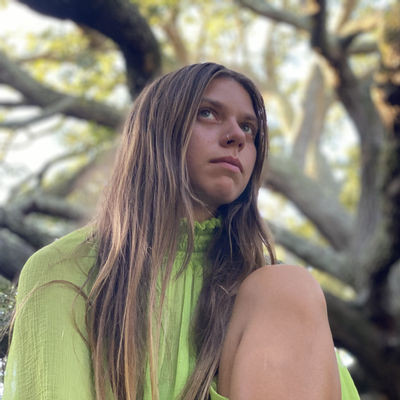