“It’s a beautiful phenomenon,” says Trampled by Turtles’ Dave Simonett, before adding with characteristic sincerity: “Everybody should see it."

Simonett is talking about alpenglow, the natural event that washes mountains on the horizon in smoldering red and pink light, just before the sun sets or rises. It’s a harbinger of change––the space between new and old. It’s also the name of Trampled by Turtles’ new album, the band’s tenth. “My favorite part about making music is making records,” says Simonett. “I’m really excited about this one.”

The songs on Alpenglow are roots nuggets that roll easily into one another. No throwaway tracks––and no throwaway lines––pad the album. Mourning what’s gone or on its way out, staring down an unexpected choice, slowing down to ask questions with answers that could blow the life you’ve built to bits: Alpenglow is interested in the time, gut-checks, and tug-a-wars right before or right after change kicks in.

While Trampled had worked with a handful of producers before, they usually don’t. On Alpenglow, the Trampled-Tweedy experiment is a runaway win. Tweedy’s presence as a producer is felt in the record’s economy of language and time that still relies on the signature layered strings and robust harmonies Trampled devotees will always crave. Berry points to Tweedy’s love of a minor chord and blues-informed perspective as compelling additions to the record-making process, too. The result is an unassuming but undeniable Americana juggernaut of an album, thoughtfully composed and arranged.

“I came in with songs I thought were finished, and then Jeff was really great about taking them apart, adding something here, taking something away there,” says Simonett. “He gave us fresh ears on songs and new ideas for how to present them. We all just sat in a circle and played.”

“We don’t really sit down and have meetings about what we want to accomplish, outside of are we listening to each other and playing well––and does it sound good?” says Berry. “There are no concept records or anything like that. I think our expectations are always open-ended.” Trampled refuses to force anything––and it’s in the wilds of that openness that the band thrives.

While many of the songs on Alpenglow grapple with change, none try to offer answers. Nothing’s neat and tidy. Instead, Trampled find endearing ways to sit in the tension, hope, and sense of loss that transitions and hard questions create. Then, just by expressing what’s there, the music offers comfort. “The only thing I’ve ever wanted to do that I can remember is play music,” says Simonett. “I rarely stopped to think, ‘Wait a minute. Is this actually what I still want to do?’ At the same time, I think a lot of people ask themselves that every day on their way to work.”

Album opener “It’s So Hard to Hold On” is a string-fueled stroll through the malaise of hanging on, buoyant without ever pretending it’s all okay. “Starting Over” takes aim at expectations and possibilities as banjo and guitar ready the way for Simonett’s warm vocals. His voice’s texture is still soft and earthy, and always a little sad, even when the message is a happy one. It’s a storytelling voice, easy to follow and love.

Clever “A Lifetime to Find” is the only song on the record Simonett didn’t write––a playful first-person back-and-forth between Death and a wry protagonist, penned by Tweedy. “It’s a really simple song, but also not simple in some ways,” says Simonett. “I love how Jeff uses language so much.”

“Burlesque Desert Window” is destined for dancing crowds who will sing the song’s whimsical vignettes back to the hard-charging band. “Sometimes I just like the way words sound together,” says Simonett. “Interesting, weird phrases that fit together––I like trying to think about language as more of a visual art form than a literal one.”

Kicking off with witty drama courtesy of McLain’s cello, “Quitting is Rough” is eerie and lovely. Standout “All the Good Times are Gone,” which Berry points to as a favorite, is a dynamic showcase of playing and singing featuring instrumental turns including an old timey train intro on banjo from Carroll, dizzying fiddle rounds from Young, and a bright, breathless mandolin build-up from Berry. Swaying album closer “The Party’s Over” ends with warmth and wit, as Simonett delivers a perfect parting image: “Yeah I’m left here thinking, / Of the dogs, the moonlight, and you.”

Ultimately, Alpenglow is made up of songs that beg to be experienced live. The band recorded the tracks in the same room in Tweedy’s Chicago studio, without dividers, special effects, or vocal overdubs. “It’s scarier to record that way now, since it’s easy to fix everything or record everything separately so you can hear it all perfectly,” says Simonett. “But for me, it’s so much fun to just stick a few mics up and play. That’s where we’re at our best.”

Every Trampled performance is a blend of nostalgia and existing solely in that moment. It’s the kind of magic that can exist when old friends hang tight to old connections, while remaining willing to see new things in each other. “For example, I live in the country, and a couple of the guys live in Minneapolis,” says Berry. “Those are very different lives. I think because of that, when we come back together, there’s always this sense of re-meeting someone and rediscovering things.”

Rediscovery––and the space required for it to happen––help anchor Trampled. When the world shut down in 2020, Trampled were forced to take a break. As a result, Simonett––and so many others––had an unusual opportunity. “In your 40s with kids, not many people get to say, ‘Man, do I have the chance to do something completely different if I want to?’” Simonett says. “I ended up finding out that I really enjoyed what I do. It was good for me to think about that and really appreciate it. So once we were back, it felt like a second go––and I think a lot of these songs came from that little feeling of renewal.”

Trampled By Turtles "Alone" in The Way Way Back film

Trampled By Turtles "Midnight On The Interstate" in Queens & Cowboys: A Straight Year on the Gay Rodeo film

Trampled By Turtles "The Outskirts" in After the Crumble Book Trailer

Trampled By Turtles "Beautiful" and "Alone" in Drawings and Dreams film

Trampled By Turtles "Alone" in The Full World film

Trampled By Turtles "Midnight On The Interstate" in Loaded film

Trampled By Turtles "Burn For Free" for Platypus Duthie film

Trampled By Turtles performed "It's A War" on CONAN 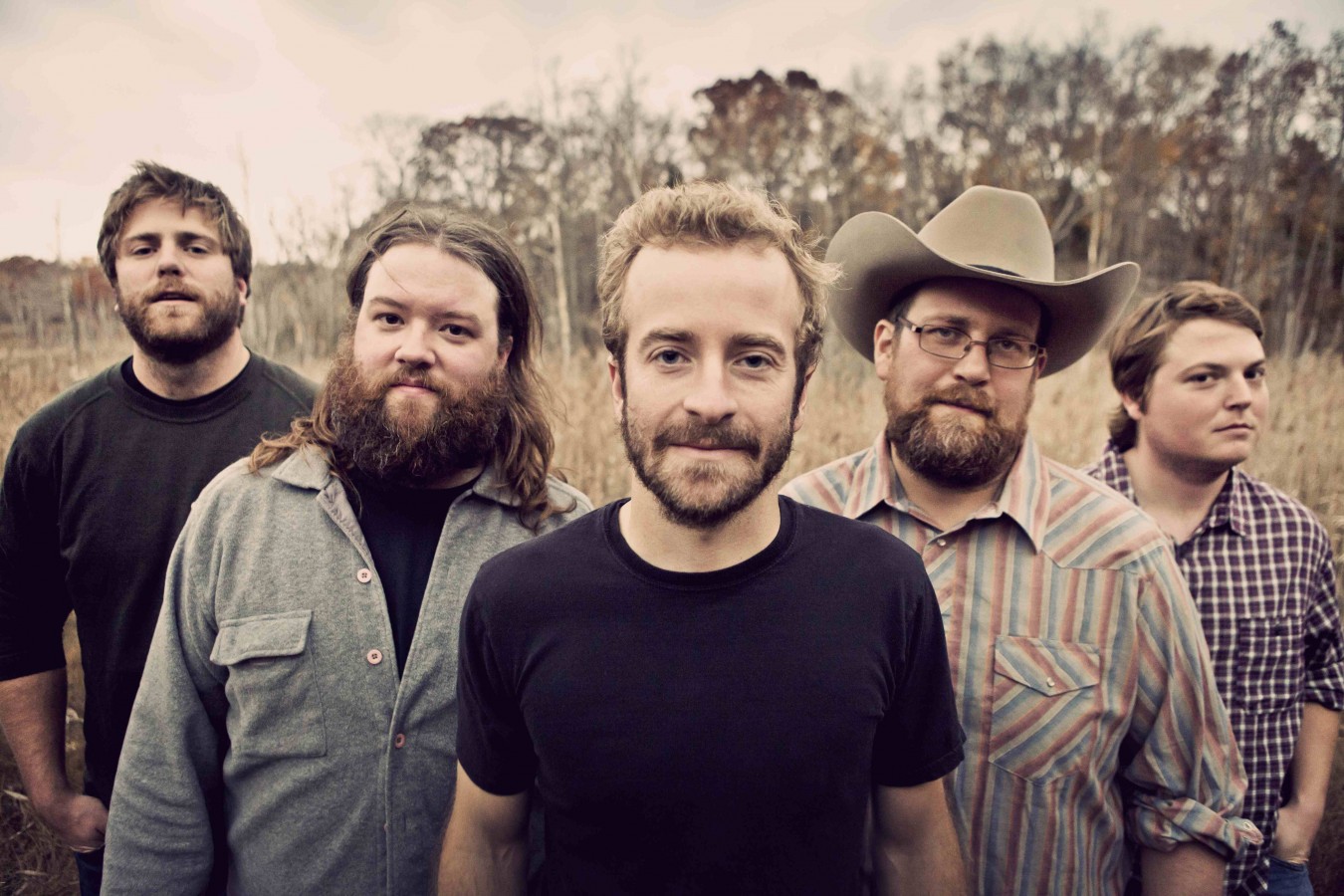