Triathalon is a collaboration of Adam Intrator, Chad Chilton and Hunter Jayne. Since their debut in 2014 the band has constantly evolved, exploring a variety of sounds on multiple albums and EPs. Although each Triathalon project is vastly different, psychedelic guitars, soulful vocals and gooey synths find their way into every track.

To make Spin—the fourth record from the Brooklyn-via-Savannah trio Triathalon of Chad Chilton, Adam Intrator, and Hunter Jayne—the band looked from within. But not quite in the way you’d expect. Spin is a record that is cavernous, warm to the touch, aglow in Rhodes pianos,
Wurlitzers, and fuzzed out guitars. In the past, the FADER has called their sound “complex and rich.” That holds up on Spin, more so than ever. Look beneath the layers of genre-bending psychedelic music and what you’ll see is a work of sonic self-reflection. Spin, the band’s debut
on Lex Records, is about evolution. “A lot of the album is just about self-growth,” says Intrator, the band’s frontman.

Triathalon started back in 2010 as Intrator’s solo project during his freshman year in college (the band’s name comes from when Intrator would loop guitar, synths, and drums together at once—kind of like in a triathlon when you do three sports over the course of a race). Shortly
after the band’s first show, Jayne joined the band, and the next year, Chilton joined. They played countless house shows together, eventually leveling up to touring. The writing for Spin started in 2018, not long after the band had relocated to New York, after spending almost a decade
together in Savannah.

The earliest songs on Spin were Casio demos, ideas and sound particles the band all sent back and forth. After countless brainstorming sessions, the record started to transform. Two years into the process, the band hit the studio and finished recording just weeks before the start of the pandemic. The result of those sessions are some of the band’s biggest songs yet. That has to do with the fact that Spin was recorded live, featuring mixing by Gabe Wax (Adrianne Lenker, Fleet Foxes) and Mastering by Zeroh, (Pink Siifu, Eyedress). Spin’s live sound creates a naturalistic, heady vibe. It feels homespun, from the runs of vintage synthesizers to the clicking of percussion. Look no further than a song like “Floating in Love,” where lo-fi guitars, aqueous synths, and massive, fat bass give off the vibe of hopping on a skateboard on the first beautiful day of the year, or maybe lying down in some grass. “A funny feeling/something tells me that it ain’t so bad,” sings Intrator, his vocals honeyed and languorous. The song drips summer sweat, becoming more reverberant in each passing
second.

Lyrically, a lot of the themes stem from this idea of self-for-self, deeply introspective personal growth that happens when things aren’t so good. “A lot of these songs,” says Intrator, “Come from moving through sadness, depression. Dealing with life head-first.” Opener “Dreams,”
circles around a feeling of wanting to sleep all day, of feeling like your dream-state is more appealing than reality. “I’m sorry if I don’t reply,” sings Intrator over a flush of Rhodes piano and psychedelic flickers of guitar, “I’m sleeping just to pass the time.” That’s another quality of Spin:
the record’s psychedelia is not only textural but also internal. It’s the feeling of being lost in your thoughts, of watching your environment becoming hypertrophied courtesy of your own brain. Back again to the idea of change: Triathalon’s Spin is an inherently transformative record. It’s the product of years of work, both on the self and as a collective, a band. It’s the product of listening to both Frank Ocean and Alex G. ‘90s Jungle, Drum & Bass, rap music circa yesterday, the Beatles’ Magical Mystery Tour. It’s also about growth as a band, a reflection of how far
Triathalon has come from its primordial era as a lo-fi band from Savannah to a band in Brooklyn now making intensely realized, intensely vivid pop. More than anything, Spin is a record to move to, to get deep in your thoughts, to use its textures to think big while also losing yourself in a serene, dense world. Intrator puts it best: “It’s about acceptance. Of what life is and where you are" 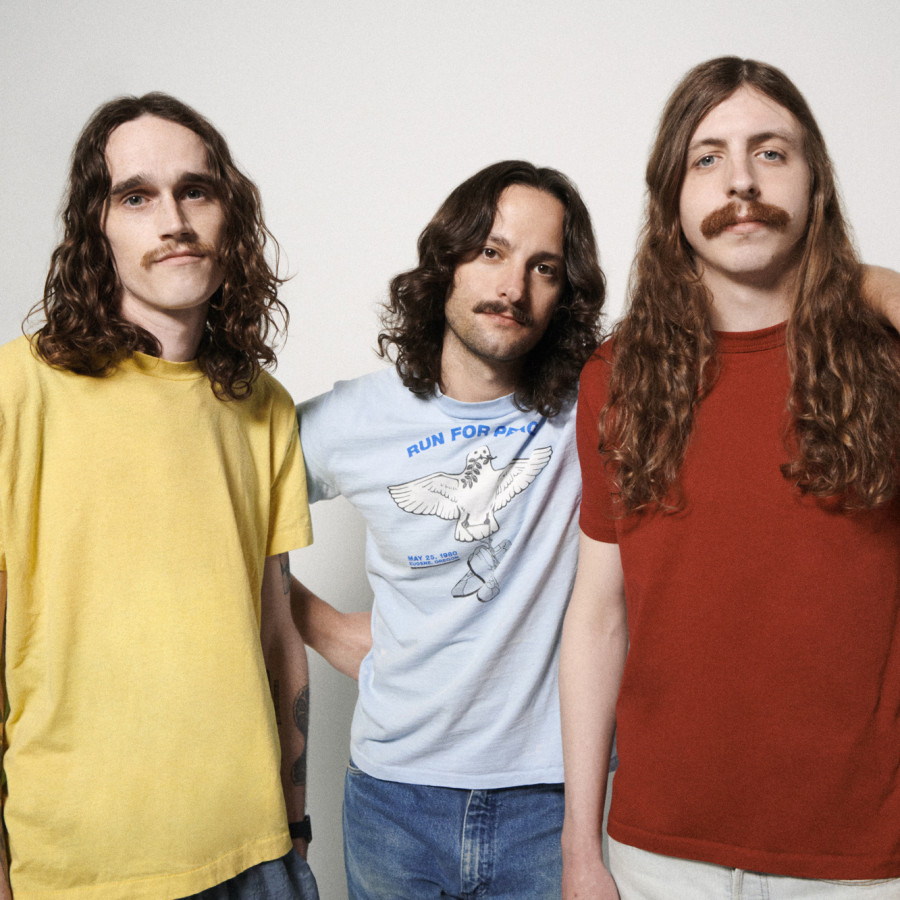